It is certainly the Age of Aquarius! Everyone is interested in the psychic, aren’t they?

Nowadays, we find everyone is “a weekend medium/psychic/healer” after completing one perfect course online or at an event or workshop. And often we see, sadly, online writers, commenters and so-called “professional intuitive’s” (especially the freshly minted ones!) who know loads more than many of the experts who have spent years researching and developing themselves on the spiritual matter/phenomena being discussed. It is frustrating and scary to think of the harm these “sudden experts” can do to the image of the profession of spirit work. They may also negatively affect the historical and scientific facts within the macrocosm of Metaphysics, Spiritualism, and Spiritism worldwide. We have seen the damage that is in progress by so-called “scientist of the paranormal” eager to discredit and ruin reputations of legitimate psychics and mediums worldwide – for the purpose of being known as a “professional”.

And so I believe it is of utmost importance for us to all understand the proper terminology and explanations for the various phenomena we can experience with the world of Spirit around us.

In this article, I have chosen to focus on the field of Spirit Art and its spiritual manifestations in this third dimension of life. When it comes to the phenomena of spiritual art and writing, we see so many now who use the terminology incorrectly due to their lack of proper education (and general “spiritual laziness” to be honest) to take the necessary time to research proper terminology. Let’s look at the terminology we have used in both the past and the present for the many varied Gifts of the Spirit (Bible, 1st Corinthians 12) being expressed across this planet:

Inspirational Art – Many are aware of intuitive (psychic) artists who draw, paint or write through inspiration. The inspiration comes into the intuitive’s mind whereby the conscious artist is impressed to create something via their hands, even their feet. Psychic art tends to be inspirational. Mediums that draw or paint personalities from the spirit world fall into this category. The words “psychic and spirit artist” seem to be commonly used for such works.

Automatic Art – As we continue with conscious artists as an important factor in said phenomena, we find automatic art as a type of mediumship whereby spirit personalities control the artist’s limbs (hands and/or feet) “through the ethers” by directly controlling the limbs through an external unknown force. Using an internal force, spirit personalities can also harmonize with the mind and central nervous system of the artist to control their nervous system which moves the hand without the conscious influence of said artist. Mediums of note exhibiting automatic art (also known as Psychography) were Chico Xavier (Brazil) and Helen Smith (France). Please know that both were generally known as automatic writers with occasional automatic drawings of beauty.

Painting Mediums – Many have surely heard of entranced mediums painting in styles eerily familiar to the great master’s painters (ie. Picasso, Monet, etc.) These mediums are generally in an altered state (entranced) so they are not conscious of what’s being painted or spoken to an audience through themselves. Spirit personalities merge succinctly with the artist achieving entrancement whereby the Spirit has full control of all bodily faculties necessary for painting. Brazil is rich with the Spiritist history of such mediums working even today. Mediums of note who exhibited painting mediumship were:
Luiz Gasparetto (Brazil), Jose Medrado (Brazil), Valdelice DaSilva Salum (Brazil) and David Duguid (Scottland).

Direct Art – Process whereby Spirit uses several forces including those from the medium to materialize “pseudopodia limb(s)” necessary for maneuvering the coloring and writing instruments. Many believe incorrectly that such painting and writing phenomena occurred predominately since Spiritualism began less than 200 yrs ago. Theologians and historians have noted such examples going back two thousand years. When one reads, for example, the Biblical Babylonian account of King Belshazzar’s temple being visited by a materialized, disembodied “floating hand” which “wrote upon the wall” the King’s demise to come (Daniel, chapter 5).

Here we have a materialized hand appear independent of any physical person. The hand intelligently rights in a “strange and foreign tongue” upon the wall. This is an example of direct art whereby spirit causes unknown forces to act upon tools such as paint brushes to create art and writing. One medium of note to have documented accounts of such was David Duguid (Scottland). An exceptional book on the subject: Bennett, Edward T. (1908). The Direct Phenomena of Spiritualism: Speaking, Writing, Drawing, Music, & Painting: A Study. William Rider & Son.

My question for Spirit on this phenomena would be – where did the pigment come from for suddenly writing? Think precipitation one must conclude!

Precipitated Art – A curious word is “precipitated.” It means a substance caused to be deposited from a solution. Snow, rain, fog – even ash, are examples. Most recall the precipitated painting stories of the Bangs Sisters and the Campbell Brothers (actually gay partners in unforgiving times.)

Some may recall the holy faces of Christianity’s Byzantine period, Acheiropoieta, “made not by human hands” (ie. the Veil of Veronica.) Holy images precipitated onto cloth through intelligent spirit control.

And yet many have heard little of David Duguid of Glasgow, Scotland (1832-1907). He was a physical medium known for automatic, direct and even precipitated art. In his later years, his precipitated paintings were no larger than 2 inches by 2 inches (5cm x 5cm) produced between his clasp hands while the sitter held the tiny torn off corner of their card being developed so as to remove potentials of fraud. The Arthur Findlay College’s Museum (England), on its second floor, holds and displays occasionally up to three owned Duguid precipitated cards with their tiny torn corners sitting beside them. I have seen such artifacts first hand on my past visits there.

In the United States, we have some awareness in the minds of those following Spiritualism and Metaphysics of precipitated art as a possibility. While I personally know of less than a dozen U.S. mediums in various stages of precipitation development, there is truly only one man at the forefront of this craft – Rev. Hoyt Z. Robinette (Camp Chesterfield, Indiana). He is publicly demonstrating at present and travels around the U.S. part of the year to share this highly evidential ability. His precipitated spirit cards are breathtaking and infused with vibrant and rich colors. Once you have seen one, you will never forget them.

An interesting side note I’m excited to share is that due to my extensive knowledge and passionate experiences with precipitation over these years, Spirit told me two years ago in a séance I’d be helping a lady in England. Sure enough, on an Autumn trip (2015) to the Cobber Hill Retreat Center near Scarborough, England to experience the remarkable, yet humble, Stuart Alexander – I met a “little dove” so eager to hear about my fascination with precipitated art and to witness the small collection of such artifacts I had brought along to share with others. This lovely lady was Sandy Ingham (UK), a spirit artist. I soon taught her all she needed to know to begin developing such ability and within a short time her efforts paid off with rudimentary precipitation upon blank index cards. Her guide, Leonardo da Vinci, pushed along her development away from the cards and towards her steady spiritual work drawing loved ones in Spirit for public audiences.

Leonardo soon began to manipulate the light’s qualities in the projected images (of her “real time” live drawings) upon the church walls. Evidential eye colors began to appear occasionally in the projected light images. For the last year, attendees receiving her black charcoal drawings (no color tools are used) found eyes coloring and/or skin coloring fused upon the drawing they had taken home – which was NOT there prior to departing the demonstration. In all honesty, this is incredibly remarkable as such as not occurred in Europe for some 150 plus years of documented mediumistic phenomena. Sandy and Leonardo are bringing forward new paradigms of highly evidential potential certain to infuse our Spiritualist and Metaphysical movement with much-needed spiritual possibilities.

“Gifts of the Spirit” are as varied as God’s flowers on the earth… And art is an outward expression of an inside state of being. Besides, who does not love art!? It stirs the soul and makes us joyful and happy. Art is the light emitted by the artist’s soul that truly nourishes us spiritually. If you have not considered adding art to your mediumistic tool belt, give it a try!

Who knows… “What Dreams May Come?” 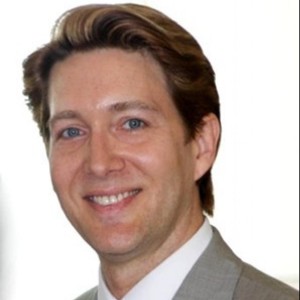 Rev. Kevin Lee is the Senior Minister of the Metaphysical Chapel of South Florida ( www.MetaphysicalChapel.com ), a chartered church with the United Metaphysical Churches (Roanoke. Virginia). He is dedicated to researching and sharing the metaphysical truths of the “Continuity of Life after the change called death”; of spirit communication and its various phenomenal forms; along with helping others to unfold their innate “Gifts of Spirit” as spoken of in the Bible. Rev. Lee was both Ordained as a Minister and certified as a Medium through UMC’s four year seminary program. An avid researcher and experiencer, Rev. Lee has travelled extensively to witness first hand both traditional and exotic forms of Mediumship. In 2014, he began presenting his research: “Precipitation Mediumship: Aspects of Art as Spirit Communication.” Rev Lee is now presenting at various conferences and speaking engagements focused on Afterlife Communication, Mediumship and Research.