Toward a Science of Consciousness

I recently had the wonderful experience of attending the “Toward a Science of Consciousness” Conference (June 9-13, 2015), in Helsinki, Finland, meeting some amazing people, as well as presenting my research. Professionally, this was a departure from my previous research interests and publications in mainstream scholarly fields of U.S.-China cultural exchange and Women’s History, and toward the history of the spirituality and spiritualism in the 19th century U.S. I had forgone two opportunities to present at more mainstream academic conferences related to my discipline because I was looking for a more spiritually inclined and interdisciplinary venue. I attended numerous thought-provoking panels and cannot do justice to all, but I was particularly interested in those that related to my new research interests.

The conference was initially held in Tucson, Arizona in 1994 and meets there on even numbered years, alternating with groups across the globe for the remainder of the yearly conferences. This year, the conference, expertly organized by Paavo Pylkkänen, and Päivi Seppälä from Finland, where there are efforts to preserve Finno-Ugric shamanism, boded well for the spirituality I hoped to find there at this conference venue in Helsinki. I wondered how, in this arena, the two predominant models of consciousness would be portrayed and interact. The standard model, is that consciousness is a result of the workings of brain neurons and synaptic transmissions. How would proponents of this view engage with the model that brings together spiritually minded practitioners, as well as some natural and social scientists? The spiritually minded believe that consciousness is an intrinsic part of the universe and that this came before biology. Deepak Chopra, an important keynote speaker at this conference, believes that evolution is driven by consciousness, which exists intrinsic to the universe and outside of biology. This view predominated among conference presenters in the pre-conference forum.

The East-West forum of June 8 was expertly moderated by University of Arizona Professor of Anesthesology, Dr. Stuart Hameroff, who would give an engaging presentation on consciousness as a property of the universe, and bring together spiritual practitioners and scholars in the natural and social sciences. Topics included states of consciousness with Indian classical music ragas and color, and Sona Ahuja’s presentation on the investigation of mystic experiences and pure conscious events. Ahuja described how mystical experiences present are as ineffable as the “hard problem of consciousness,” identified by David Chalmers. Bringing together what he described as “Western and Eastern views of Consciousness, University of London Psychology Professor Max Velmans brought together divergent Western materialist reductionist and Eastern philosophical traditions, explaining how these culminated in different views of the universe. The forum culminated in an interesting question and answer discussion panel with all participants addressing the links between spirituality and science, such as the relationship between meditation and EEG, from these myriad interdisciplinary perspectives.

During the remainder of the conference, from June 9th to June 13th, interesting topics such as the science of dreaming, models of hypnosis, out of body experiences, meditation, and Near Death Experiences, were addressed, based upon the theory that standard consciousness is a result of the workings of brain neurons and synaptic transmissions. The speakers, relying upon decades of research, concluded, in some cases, that there was “no soul,” that out of body experiences were causally related to brain activity and that hypnosis was strictly linked to imagination. One presentation dismissed NDEs because the marker cards that were set up in rooms where individuals were resuscitated were ignored by 100% of the NDErs.

I found these presentations interesting in light of the work of Dr. Penny Sartori, who has seventeen years of experience as an intensive care nurse, and was awarded a Ph.D. for her research on NDEs. Sartori addressed central objections to the validity of NDEs, explaining, for example, that her patients, ignored the marker cards set up because they were understandably more interested in what was happening to their bodies as they were being resuscitated. These patients could accurately report what was done to resuscitate them, while a control group completely erred in guessing what was done to their bodies during this process.

Given what seemed to me to be more of an emphasis on materialist reductionism during many of the conference panels, I wondered, through the week as my presentation neared, whether any of the participants would be interested in the topic of the afterlife in history, particularly when related to the topics of trauma, grief and emotions. There was only one other presentation dealing with the topic of afterlife communication, an engaging and informative talk by a psychology professor entitled “The medium as mystic,” based upon Psychology Professor Jennifer Lyke’s interviews with Windbridge Institute certified mediums. Lyke, explained that her interviews suggested that the medium was “a kind of mystic” because her subjects indicated engaging in communication with spirits and spirit guides, rather than a relating experiences of “oneness.” This was an important observation, as she explained that the level of experience of oneness is usually the criteria for defining a mystic, thus alluding to Sona Ahuja’s talk about the difficulty that this term presents. I would have to consider this when describing the experiences of my 19th century subjects.

Indeed, when it came to the conference’s focus on spirituality, the emphasis was on “oneness.” Proefssor Elina Hytonen-Ng discussed shamanic rituals from the perspective of how the use of sound and music played a part in altered states of consciousness, and her audience questions dealt more with questions of how to achieve brain entrainment rather than journeyers experiences with spirits or images while in that state of consciousness. Deepak Chopra’s excellent and eye-opening presentation, “One Universe, one Mind,” summarized this attention to the process of achieving oneness very well, as did his guided meditation. Chopra guided the meditators to repeat “I am (John Smith),” gradually dropping off each word beginning with the surname, for the purpose of ultimately relinquishing the self, remaining present and at peace with the feeling of “I am.” The goal of Chopra’s meditation, of arriving to a state of complete lack of ego and lack of attachment, complemented the foci of the East-West forum; however, it led me to wonder exactly where my research would fit in when it came to the existing conference themes that I had observed thus far.

Lack of attachment was most definitely not a feature of my talk, which aimed to explain how certain historical figures experienced a kind of “dark night of the soul” as a result of painful trauma and grief associated with their losses of loved ones. There were many fascinating concurrent panels at the time when mine was scheduled and I wondered whether I would be speaking to an empty room; however, to my surprise, conference participants would indeed express interest in my talk. All seats were filled, the audience was attentive and I received several invitations to give the talk again, as well as to collaborate on research with a few scholars in the natural sciences.

As the only mainstream historian at the conference, and one of the few to discuss the afterlife and afterlife communication, I pondered once again what this meant when a man in the audience, seated prominently in front of me, scowled deeply throughout my talk. I discovered the reason during the question period, when he finally asked, “how can you describe this phenomena (of painful grief) as a ‘dark night of the soul,’ when this term has been associated, in many traditions, as pure hell – quite terrifying”? I reminded him that the experience of loss, for these historical figures, as well as many grief-stricken individuals today, can truly be terrifying. Henry Wadsworth Longfellow clearly expressed the wish to end his life and wondered whether he might be institutionalized for insanity as a result of the intense grief he experienced due to his wife’s passing in 1861. Another grieving poet spoke of his “razors” and his “throat,” and expressed the wish to “end it all.” The man’s smile actually turned to a smile, and he nodded his head in approval at my answer as did others in the audience. This was just one of many examples I have seen which suggested that people may often be dissuaded from thinking about the nature of grief, and its level of pain associated with it, pushing it away, but when led to consider it, they can easily understand.

While 19th century Darwinist ideas were addressed by panelists, 19th century ideas connecting grief to the afterlife, with all its complex images, were not featured at this particular conference. Gradually, I believe that more scholars will explore this interesting topic. Harvard President, and historian, Drew Gilpin Faust, in This Republic of Suffering: Death and the American Civil War (Knopf, 2008), brilliantly illustrated that a surprisingly large number of Americans sought communication with loved ones in spirit in order to help heal their grief. Indeed, a few of my fellow panelists, whose interesting topics centered upon “emotions” from the perspective of the Social Sciences and Philosophy, also discussed with me the possibility of future emphasis upon historical figures.

While to 19th century Americans, connections with the spirit world went from being viewed as heretical to increasingly being seen as more commonplace and natural, today, many are not aware of the value that these connections had in the past. Important historical figures, such as Longfellow, demonstrated a level of mysticism arising from the experience of grief. While the conference has emphasized the definition of mysticism as a “hard problem,” akin to the hard problem of consciousness, perhaps we can utilize the language of the subjects themselves as a kind of window into greater understanding of the phenomena. Longfellow wrote, in his poem, “Haunted Houses,” (1852) after the transitioning of his first wife:

There are more guests at table, than the hosts
Invited; the illuminated hall
Is thronged with quiet, inoffensive ghosts,
As silent as the pictures on the wall.

The stranger at my fireside cannot see
The forms I see, nor hear the sounds I hear;
He but perceives what is; while unto me
All that has been is visible and clear.

Perhaps the gradual healing, from the “dark night of the soul,” achieved through this ability to see what is “visible and clear,” can be viewed as a stepping stone toward the ‘oneness’ that featured prominently as a topic in some of the panels, as well as the Deepak Chopra meditation. The inclusion of studies centering on the afterlife and its representations, as expressions, not of altered states of consciousness but, as spiritual medium Jock Brocas, has described, the “awakening of that which is dormant and …part of (human) natural consciousness or the reality of … consciousness,“ would also be a wonderful addition to the conference topics, as “Toward a Science of Consciousness,” and other conferences dedicated to the growing field of Consciousness Studies, evolve in the coming years. 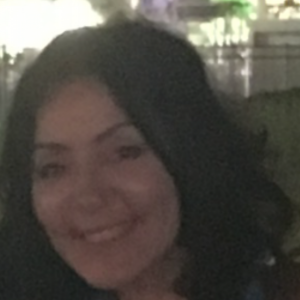