Our Relationship with Animals

This is a channeled message from my son Danny on the Other Side, in which he explains the role of animals on earth:

You will remember that I once told you that angels are like fireflies… they are carriers of the light, and their job is to keep the conduits and energy channels between the dimensions clean and clear. Part of that task involves watching over us, to help us attain our intentions, because the more aligned we are with our souls’ intention, the cleaner the conduits are and the more love can pass between worlds. That is what the angels are here to do, and animals are very similar to this.

There is an agreement between humans, animals and plants that we will serve each other in specific forms during the time in which earth is inhabited (it is different for different locales at different times… this is specifically an earth agreement during the period that humans are on earth). The animals are aware of the agreement and have no reason to violate it, because they have no egos that prompt them to control, i.e. change or violate the agreement. They are not on earth to accumulate experience the way humans are, so they don’t have the need to experience the pain of separation. They know they are not separate, and don’t have any reason to create a separation experience.

They know they are part of the whole, which is why they have agreed to offer themselves for food, labor, materials and even religious rituals. Death doesn’t mean the same thing to them that it does to humans, because they simply understand that they will blend into the oneness after honoring their agreements on earth. They don’t need to reincarnate, but their souls, which are very similar to the energy of angels, happily choose to serve on earth. All the experiences animals have, including abuse and mistreatment, is also part of the package. The “violence” of prey and predator is expected and honored among animals, because the system is never abused in the natural world. In the human world, it is very different, yet even the abuse of animals has a Divine purpose, because in exposing these practices, awareness of the sacred contract between humans and animals can be revealed. The animal rights movement is a result of this increasing awareness.

Even people who’ve never interacted with an animal will feel their hearts open when they hear of animal abuse. This, like everything else in the agreement, is voluntary. So for animals, not only is there no separation, they are representing  one-ness to humans in everything they do. We eat them and they become part of our bodies. Their excrement fertilizes our soil. They till our land, carry us from place to place, volunteer for ancient religious rituals and modern scientific experimentation, and provide love as pets and companions. On a soul level, they are selfless servants who act as a glue to hold the human experience together (though of course we are ALL part of this glue).

Animals are like the guides and angels who hover nearby to humans, jumping up and down waving their hands trying to get our attention to say, “please look and see what we’re here for so that you can understand what we’re all here for.” They have no reason to experience separation. They are representatives of the wholeness. 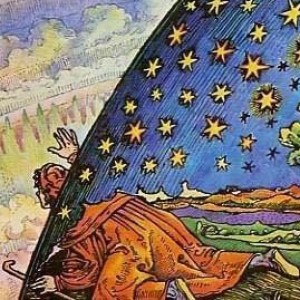 Terri Daniel is an interfaith clinical chaplain and end-of-life educator certified in death, dying and bereavement by the Association of Death Education and Counseling. The focus of her work is to assist dying and grieving individuals to discover a more spiritually-spacious understanding of death and beyond.