I knew that was going to happen…

The Reality Of Precognition

I know a man who was very skeptical (“sceptical” in UK English) about psychic phenomena, yet also intrigued by it. He was what you might call an “open-minded skeptic.” The man subsequently became a believer and an advocate for psychical and mediumship research. So what caused him to change his mind?

The man in question, Jerry Conser told me, “You can’t fake precognition” and it was my father, Richard Ireland’s work in this area that convinced him of the reality of psi phenomena. After setting Jerry’s head spinning with a number of unique clairvoyant hits, my father shared several predictions that subsequently came to pass. Among these prophecies, my Dad told Jerry that he would be a millionaire by the age of 30 years. Indeed, Jerry did very well in the business world and this came to be.

Since my father’s passing, I have spoken to many other people who confirmed the accuracy of his predictions. Just days ago I spoke to former Phoenix, Arizona television personality, Rita Davenport who had been told by my father that she “would have two sons.” This ended up being the case. He also told her that there would be “fireworks” at the time of her first sons’ birth. As Rita explained, “It was Labor Day and I was in the delivery room at the hospital watching the Jerry Lewis MDA telethon on TV when they suddenly showed a fireworks display.”

If you think about it, Jerry Conser was right about precognition. When it comes to accurately predicting an event that has yet to occur there are only two possible outcomes; the event happens or it does not. Provided that the prediction is heard and noted by people in advance of the event, the evidence is beyond reproach.

But when it comes to clairvoyance, clairaudience, psychometry, and telepathy people can allege that information shared during a reading (aka sitting) may be the product of fraud. The most common concern I’ve heard came from sitters who had a remarkable session, but later expressed concern. They said the reading was “too good” and wondered if they’d been “Googled” in advance. In cases where the reading was conducted by a psychic-medium I know and trust, who I’ve seen perform well in controlled conditions I assure them that this is not the case. But by contrast, a prediction that later comes to pass can never be questioned in this way.

Jeane Dixon gained notoriety for predicting the assassination of John F. Kennedy. In the May 13, 1956 issue of Parade Magazine. Dixon was quoted as saying that the 1960 presidential election would be “won by a Democrat” who would “be assassinated or die in office”. Skeptics later attacked Dixon, noting that she flip-flopped on her prediction in 1960, claiming that Nixon would win the election.

I actually find this latter point quite interesting when it comes to the whole matter of predicting events before they occur. Why is that? Well, some people are disturbed by the notion of precognition because it suggests that the future is already set and fixed, and that freewill is an illusion. My father said that there is a general pattern or trend, which if things continue along that course will yield a most likely outcome. But he contended that freewill does come into play and can derail a prediction.

There may have been a valid reason for Dixon’s reversal on the matter of who would be the US President in 1960. The election ended up yielding the closest popular vote count in US history, with only 1/10 of 1% separating the two candidates. With such a small margin for error, perhaps all of the variables adding up to who would win the election favored the Republican candidate, Nixon at the precise time she altered the prediction. And the fact that Kennedy pulled out such a narrow win may suggest that some of those variables may have turned in another direction between the updated prediction and Election Day. Some people may have come to the polls, or avoided them on the basis of things as simple as weather, illness, or how long they had to work that day. I am not making excuses for Dixon, but rather trying to make a point against the idea of total predestination.

The inability of people to predict the future with 100% accuracy seems to support the existence of freewill and the malleable nature of the future. Nevertheless, the ability of some people to predict events before they occur also suggests that there is a general pre-set pattern to life. Maybe life is like a very wide highway with guardrails on each side. 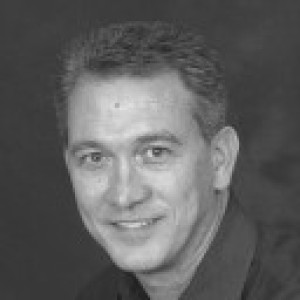 Mark Ireland is the son of Richard Ireland, a renowned twentieth-century psychic who counseled celebrities such as Mae West, Glenn Ford, Amanda Blake, and who was acquainted with the Eisenhower family. Mark is also the author of Soul Shift: Finding Where the Dead Go, a moving account of his personal quest for answers about life after death—subsequent to the passing of his youngest son. Mark’s most recent book, Messages from the Afterlife takes a deeper look at psychic-medium phenomena—endeavoring to educate readers about this field and other forms of afterlife evidence. Mark has participated in mediumship research studies, serving as a test sitter at the University of Arizona and with the University of Virginia. Mark has also conducted independent investigations, assisted by Tricia Robertson of the Scottish Society for Psychical Research and Neuroscientist Dr. Don Watson. In 2011, Mark published, Your Psychic Potential: A Guide to Psychic Development, authored by his father in the 1970’s, but never released during Richard Ireland’s lifetime. In 2012 Mark co-founded “Helping Parents Heal”, a national organization assisting bereaved parents. Mark is presently testing mediums who wish to achieve certification, using protocols he developed with assistance from Tricia Robertson of the SSPR. The program goal is to identify high-caliber mediums capable of furnishing specific, accurate, and pertinent information. It has been established that evidential readings can provide a therapeutic benefit to bereaved persons. Mark holds a Bachelor’s degree from Arizona State University and he lives with his wife, Susie.