It was so hot that summer; grasshoppers were committing suicide, throwing themselves onto the blistering pavement and looking like their own version of popcorn shrimp.

I loaded my car with sweat running down my back. Gross! I was trying to remember all Larry, my Hospice patient, needed: blue pads for the bed and chair, Foley catheter, draw sheets that would enable me to turn him easier, and the patches for a bedsore that was starting to appear on his tailbone.

Walking from my car to his front steps I heard the sound of crunching gravel, but I was on grass. I let myself inside and hollered my arrival, “Larry, it’s me! I’m back!”

“Come on; come on in here, sis,” he hollered as best he could, even though he was weak and weary these days.

“Put all that stuff down on that card table my daughter brought over here yesterday. She was tired of trying to balance everything on top of that chest of drawers. I am feeling like a million bucks, sis. I bet my blood pressure is perfect!”

I was eyeballing the urine in his catheter bag, which was redder than yellow and less than 100cc.

“Now, sis, I see you’re peering around to see my pee bag, but not to worry, my dear. I’m telling you, I really feel great.”

I started digging out the blood pressure cuff and searching for the thermometer in his rolling bedside table when he put his cold bony black and blue hand on my forearm. “Please, sit down a minute. I’m trying to talk to you.”

“Larry, what is it?” I earnestly asked while pulling up the metal folding chair the neighbor had loaned him.

He started smiling from ear to ear. “Wait till you hear this! My mother came to see me last night!”

“She did? I didn’t know she was still living. My goodness, how old is the dear?” I asked in true wonder since I knew he was near eighty.

“Oh, she died years ago,” he proudly announced while pulling himself up in the bed watching for my reaction.

I sat down all that I was holding and threw the blood pressure cuff on the twin bed across the room and pulled up that folding chair as close to him as I could get. I took his cold precious hand and whispered; “Tell me!” while chills were chasing each other up and down my arms and the hair on my head was on end.

“Well, it was late; way after the 10 o’clock news went off. I’d dozed off and on for a while and was trying to get comfortable when I noticed a light over in that northeast corner there,” he said pointing in that direction of the room.

“Then what?” I asked getting even closer to him, not wanting to miss a word.

“Well, there she was, my mother, standing in that light, and she was smiling at me. And on either side of here were two figures in even brighter light.”

“Were they angels?” I eagerly asked.

“Well, I didn’t see any wings or anything like that. But they were beautiful and the whole room was full of this amazing white light and peace flooded the place, and I thought I was dying and I wasn’t even afraid and that’s when I asked my mother, ‘Mother, am I dying?’ and she said, ‘No Sonny Boy’—that’s what she called me when I was young—‘I just came to tell you that you won’t be alone when it’s time to pass. I’ll be here with you and others too. Mother loves you.”

“Then what?” I asked in a whisper with awe and respect.

“Well, that light began to fade and she was gone. All of them were gone. But I tell you what, I believe with all my heart she was really and truly here. So, now there, you see why I feel like a million bucks today?” he asked while pulling himself up even more on his elbows.

“Yes, sir, I can only imagine. I’ve heard these stories before from other patients over the years. And you are one of those who, for whatever reason, got that special gift of what one patient told me was a ‘glimpse of glory.’” I sighed deeply and started rubbing Udder Butter on his elbows.

“Well, I just wanted you to know, and don’t tell anyone while I’m still alive. They’ll think I’m crackers. I don’t want anyone coming in here and trying to tell me I was hallucinating. And you don’t need to keep putting that salve on my elbows or my butt!! And you can carry that new pee bag back to your car too! Don’t need it either!” he beamed.

And then we both started laughing and crying and laughing some more.

When I called the next morning to get my assignments my supervisor told me not to go see Larry. He died during the night. I believe his Mother arrived right on time. 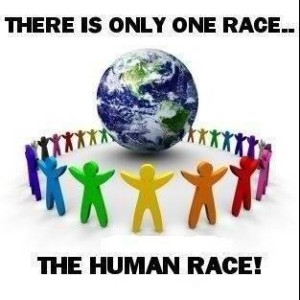